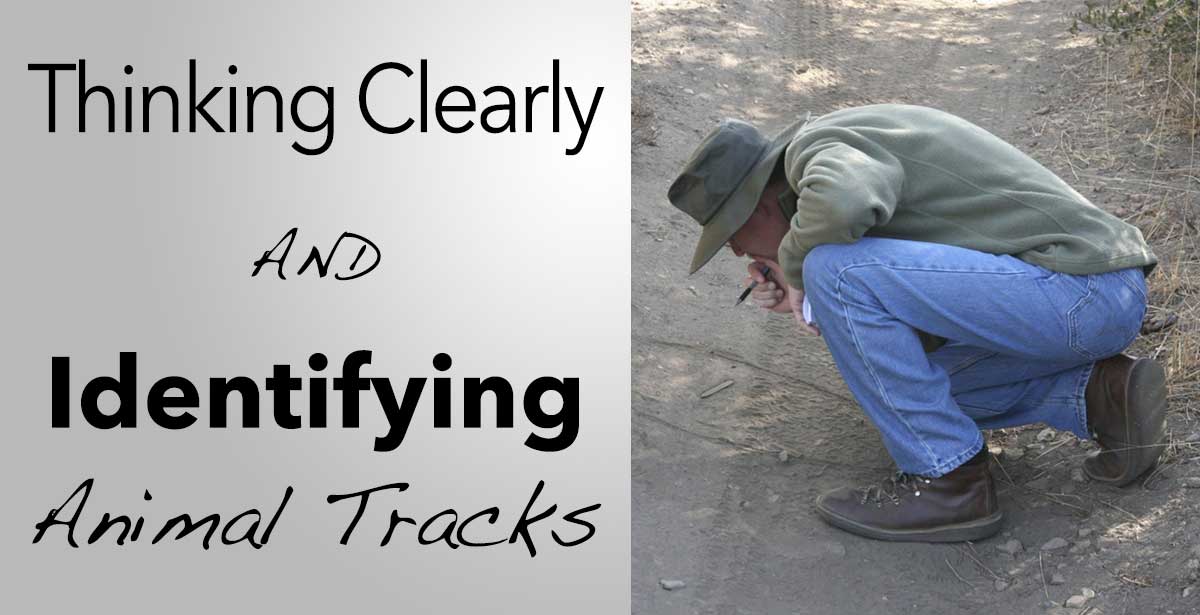 That time a rat became a snake…

When I was relatively new to animal tracking but knew just enough to be dangerous, I found myself looking at a series of raven tracks during a tracking class in a southern California desert. It was immediately obvious that the raven had landed, walked a few yards and then turned and took flight.

We were asked to look at these tracks and interpret what had happened. As the group of about 10 students and I analyzed the tracks in the sand, we began to develop a story that once complete went something like this: “The raven landed and walked a few yards and attacked a snake. It then then took flight while still battling the snake.”

We could clearly see the wispy marks where the snake had grazed the ground while being carried off by the raven. We could also see where the raven pecked a spot on the ground and picked up the snake.

Our instructors, Mark Elbroch and Jon Young, looked amused. The entire snake story was based on a few marks in the sand that turned out to be tail drags of kangaroo rats. The raven had simply pecked at a white spot in the sand and then took flight – somehow we turned this into a pretty amazing story.

In retrospect, there is a valuable lesson here and it’s one of the most valuable lessons of tracking – how to think. The way we humans interpret and make conclusions from evidence is often based on weak or flawed logic and can lead to wrongful convictions in courts or even worse.

How we make mistakes…

The process of accurately interpreting animal tracks and sign is much like a detective building a case. It starts with carefully analyzing the evidence and then making a series of premises in which to make larger conclusions.

Deductive reasoning is the process of linking premises and following certain logical rules such that the conclusions must be true. Here are some examples:

On the surface, this seems like a simple concept. But it can get more complicated. Here is an examples where things go wrong:

This statement is incorrect because it is based on the premise that ONLY coyote tracks have these traits when in reality, many species can show 4 toes and claws. The fallacy of this argument becomes obvious in this example:

I offer these concepts in order to encourage careful consideration of your assumptions and the logical leaps we sometimes make. See this excellent list of other logical fallacies. When we were analyzing the raven tracks, we made several mistakes:

When I teach tracking, I encourage discussions that focus on the traits we are seeing in the tracks before we ever begin to talk about what species it may be. Through a discussion of the characteristics of the track, we push our perception further and hopefully can come to concensus on what we are observing before making conclusions. Tracks can be messy. It may be that what we thought was 5 toes is revealed through analysis to actually the result of 2 overlapping tracks from a 4-toed animal. We are often too eager to jump to conclusions and answer all our questions before we’ve gathered sufficient data.

The dangers of certainty…

People often send me emails with animal tracks to identify. Often it is obvious that the person wants me to confirm their assumption that the track is from some exotic and rare species rather than some similar common species (see: Occam’s razor). When I inevitably let them down and tell them it is only a domestic dog or a raccoon, I am sometimes met with fierce and unyielding resistance. No matter the level of proof I provide or explanation I give, they remain utterly unconvinced.

This is a phenomenon known as argument from ignorance and is a well studied behavior that leads people to make profound claims based extremely weak or no evidence. Neil DeGrasse Tyson does an amazing job of explaining this in the video below. He uses the example of UFO’s and notes that the “U” stands for “Unidentified”, yet people somehow decide that because we don’t know what it is it must be alien visitors. 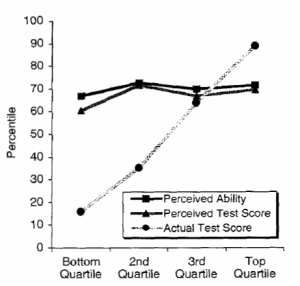 See this description from Wikipedia:

Dunning and Kruger proposed that, for a given skill, incompetent people will:

This helps explain how people with no tracking experience can be so certain of their answers and yet be so unwilling to consider alternate perspectives. I do not present this information just as a way to understand and justify the silly actions of the “incompetent”, but also a valuable lesson for us all. We humans are very bad at estimating our skill levels. That means all of us.

How to avoid making mistakes…

So, humans make a lot of logical errors. It is through track identification that I became aware of my own tendency to jump to answers too quickly and to make conclusions from very weak information. It is also through tracking that I went from a beginner that thought I knew everything to a fairly experienced and accomplished tracker that often feels overwhelmed by my profound lack of knowledge.

Here are my recommendations for thinking clearly and avoiding mistakes:

I’d love to hear your thoughts on this and some other ideas on avoiding common tracking mistakes and your own mental process. Feel free to comment below.

Posted On July 13, 2015 ~ 0 Comments
The following guest post was written by my friend Preston Taylor. Preston is certified as a Senior Tracker and is very passionate about trailing, hunting, and…

Posted On July 28, 2016 ~ 8 Comments
There are few tracking challenges as burdened with lore and conflicting information as how to tell a buck from doe. Some common methods I've heard suggest that bucks show dewclaws,…